Haddam often flies under the radar of more crowded coastal destinations and its 7,000 year-round residents consider that one of its best kept secrets! There’s much to do and no wait to get there, as well as open nature trails and paddling that’s as peaceful and quiet as you wish.

Unlike any other, Haddam is the only town in Connecticut that’s actually separated by the Connecticut River. The town’s mostly residential and oh-so-charming communities of Higganum and Tylerville Villages lie to the west of the river and on the east lies Haddam Neck, home to Haddam Neck Fair,  one of the more popular State Fairs in Connecticut.

While it could seem punctuated by a river flowing through town, Haddam is actually more accentuated by its pulse and calming abundance of nature in constant motion.

The massive Cockaponset State Forest is one of the region’s most beloved attractions. Its 17,000 acres provide excellent hiking, swimming and fishing opportunities. Nature-lovers can continue boating, fishing or picnicking at Haddam Meadows State Parks and paddle or bird-watch at the quieter Haddam Island State Park, accessible only by boat.

Seven Falls State Park has a 2.3 mile loop trail that features wildflowers, birding and of course, a waterfall! While user-friendly for most abilities, the loop’s new layout does include some scrambling and unique rock formations. Seven Falls is also the point where visitors can access the New England Scenic trail, a federally designated blue trail, that runs from Guilford, CT to the New Hampshire state line.

The CT Valley Railroad in Essex has also started offering very unique “rail bike” excursions from this area. Refer to their web site for more details.

Nearby, fishermen are hooked on Haddam Meadows State Park, host to many bass and carp tournaments throughout the summer-autumn months.

If cruising by car is more your speed, you’ll love the Scenic Drive on Route 154 that begins in Haddam and leads you south along the west banks of the Connecticut River.

Starting your day in Haddam is a delicious choice due to its abundance of fabulous breakfast venues. Grab a coffee at Brewed Awakening or The Nook, take a pit stop for something savory at the Fork in the Road Bakery and feel right at home at Jack’s Country Restaurant, with an ambiance that will “remind you of being at mama’s house on Sunday.”

Come lunchtime, The Nook serves up specialties like the meatloaf hoagie while Deb’s Restaurant’s house-made potato salad perennially gets rave reviews. It’s also hard to choose between wings or  sliders and excellent salads or paninis at Brookside Tavern.

If you’re on-the-go or and seeking a punched-up picnic, make your way to The Cooking Company for gourmet prepared foods. Haddam Pizza is also a friendly and fast local’s favorite for an inexpensive and informal meal, featuring pasta, seafood and also a full bar in its pub.

Steady Habit Brewing Company, is doubling in size and will be opening soon to service local and regional demand for a brew pub with craft beers brewed on site and wine and cider.

Catch a seafood dinner at the riverside Blue Oar Restaurant and you may also catch front row seats to a great blue heron doing the same.

The Haddam Center Historic District’s 267-acre area comprised of residential homes and town institutions is worth slowing down and taking a stroll to see the architecture up close and read the historical markers. The Colonial Meeting House is a stellar example of Federal period architecture and many of the town’s mid-19th century civic buildings are built from locally quarried granite. Nearby the district, continue on to see the James Hazelton House, erected in the early 1700s and the much more recently constructed  Brainerd Memorial Library, built in 1908 is a beautiful building both inside and out.

Travelers will also be thankful for the Thankful Arnold House & Museum as it tells the less-often recounted story of the hardship and perseverance of a late 18th century widow and single mother. A visit includes a tour of Thankful Arnold’s house, built in the 1790’s, the vegetable and herb garden that dates back to the 1830’s and the museum gift shop.

You can’t find a bad angle, but you might find an eagle while aboard one of Haddam’s river cruises or while paddling peacefully on the Connecticut River near Eagle Landing State Park. You may also want to capture some video of pollinators amid the heirloom herb gardens at Thankful Arnold House and then plant yourself within a panoramic pic in the Cockaponset State Forest. 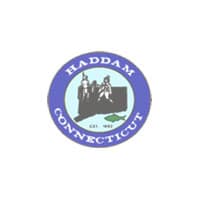